New Organic 2.0 standards launched to boost sales of organic dairy products in the UK and attract even more British consumers who care about sustainability and animal welfare. Arla’s organic farmers will all convert to 100% renewable energy to meet the new standards and commit to more ambitious targets for reducing CO2 emissions.

Farmer-owned Arla Foods, the UK’s largest dairy company, has today set a new target to achieve more than 50% growth across its UK organic retail and foodservice business in the next five years. This will see the size of Arla’s annual organic dairy business in the UK grow from 180 to 270 million litres.

The move is being announced as the organic food category emerges as one of the strongest grocery sectors during the last 12 months, with sales growing by 9.4%, compared to just 5.6% for its non-organic counterparts.
Arla’s new Organic 2.0 standards, which are also being announced today, sets out the specific criteria its organic farmers must meet from January. This is being introduced to add even more value to the organic dairy products and to give consumers a relevant and forward thinking offering in an increasingly competitive category.
Arla will do so by taking a clear stance in four key areas: climate impact, soil health, biodiversity and animal welfare, which resonate with organic consumers who express a particularly strong interest in how products are produced from an ethical point of view.

As part of the new Organic 2.0 standards, Arla’s organic farmers will now be required to convert to 100% green electricity from renewable sources, such as wind, solar, biogas and hydropower. The new standards also require that organic Arla farmers achieve a 30% reduction in CO2e emissions per KG of milk by 2028, two years before the cooperative’s wider 2030 target for conventional farms.

Britons waking up to organic dairy
The UK continues to fall behind other European countries when it comes to the consumption of organic produce. For example, in Denmark 12% of the national diet is made up of organic produce, compared to just 1.2% in the UK. This is considerably less than in neighbouring France, where 6.1% of the national diet is organic and in the USA, where 5.8% is organic.

However, the organic dairy category in the UK grew by 4% last year, and Arla has seen double-digit growth in its UK organic dairy business year-on-year for the last five years. Arla Foods’ UK Managing Director, Ash Amirahmadi, said: “We believe there is a big potential for organic dairy here in the UK as more and more British consumers are turning to organic food. Just like in other parts of Europe, we believe the trend of organic dairy will continue to grow in the UK, and with our new and improved organic standards we want to make it even more attractive for British consumers to choose organic when they are shopping in the dairy aisle.”

“Across the board, Arla farmers have significantly increased work on farms around biodiversity, reducing carbon emissions and improving animal welfare. Historically, Organic farmers have often been the ones to establish new practices in these areas, and with these revised standards, they are once again forging new paths.”
Arla Foods is the world’s largest producer of organic milk. In the UK, Arla sells its organic dairy products to a number of restaurants and food chains in the foodservice sector under the Arla Organic® brand, whereas in the retail supermarkets Arla sells its organic milk, butter and cheese products through the Yeo Valley® brand as part of its license partnership with Yeo Valley Farms Ltd and through retailer own labels. Arla expects to source the initial part of the growth ambition for its organic business primarily through increased production from existing organic farmers.

In addition to regular industry standards for organic milk, Arla farmers must meet a list of new Organic 2.0 criteria from January 2022, including the following.
Soil health:
• Conduct a carbon assessment of the soil to create a baseline for measuring further improvements in the soil carbon levels. The soil samples will be analysed by a third party laboratory to track progress on: organic matter, organic carbon, total carbon, total nitrogen and Carbon:Nitrogen ratio.
• From 2022: conduct an annual self-assessment of soil health indicators, for example, scoring assessments of soil smell, spading ease, and earthworm counts.
Biodiversity: • On an annual basis self-assess and register biodiversity activities, for example, creation of flower-rich pollinator habitats, letting sections of the land grow naturally, planting hedgerows and allowing them to flower
• Implement a minimum of 7 out of 33 biodiversity conservation measures , which are included in a specially created “best practice” catalogue for Arla farmers
Climate:
• Participate in Arla’s climate check programme (to track and reduce farm emissions)
• Accelerate Arla’s 30% CO2e reduction target from 2030 to 2028
• Convert to 100% green electricity from renewable energy sources (wind, solar, biogas, hydropower)
Animals:
• Increase the minimum number of days that cows are on grass from 120 to 150
• Provide all animals above 6 months of age access to cow brushes – with a minimum requirement of one brush per 50 animals or one brush per robotic milking machine where relevant
You can read more about Arla Foods and the future of sustainable dairy at https://www.arlafoods.co.uk/forward-thinking-dairy/ 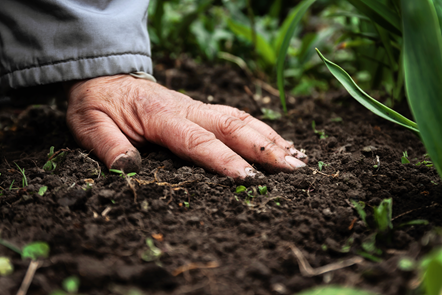